Martin Picard named head of programming for TVA, TVA + and all 9 specialty channels

The strategic assignments TVA Nouvelles, LCN and TVA Sports are added to his responsibilities 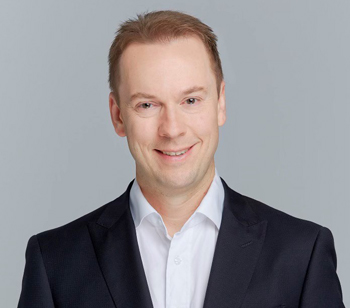 Following the organizational changes announced in September 2020, Martin Picard became senior manager of TVA Nouvelles and LCN on an interim basis. Mr. Picard has now been confirmed in the position and will continue working to implement an optimal, improved organizational structure to support the news division’s business plan. As well, TVA Sports is being added to his responsibilities. To achieve the targets for TVA Nouvelles and LCN, he will continue relying on the expertise of the existing management team, including newsroom editor Xavier Brassard-Bédard and the local station news directors. For TVA Sports, he will work closely with General Manager Louis-Philippe Neveu to implement the sports channel’s new approach, which is reflected in the strategic decisions made in recent months.

Mandate extended to all of TVA Group’s broadcasting platforms
With his role as Vice President and Chief Operating Officer, content, of TVA Group expanded to include the strategies and priorities of TVA, TVA+ and the nine specialty channels (LCN, TVA Sports, addikTV, CASA, Évasion, MOI ET CIE, Prise 2, Zeste and YOOPA), Martin Picard will optimize and intensify the efforts of all the teams under his direction to exploit and promote content on all of the group’s platforms. He will have the continued support of Nathalie Fabien, Senior Director, Channels and Programming, Véronique Mercier, Vice President, Communications, and Claude Foisy, Vice President, Marketing TVA Group, and Vice president Quebecor Out-of-home. He will also continue overseeing the work of Carole Labrie, Director of Acquisitions and Sales, and her team, including the distribution of TVA Films.

Recognized industry leader
As a member of the TVA team since 2002 and Vice President and Chief Operating Officer, content, since 2017, Martin Picard has made an important contribution to the development of TVA’s innovative strategies. In the course of his nearly 25-year career in management, he has also made his mark at independent production companies and culture and communications funding agencies.

“Martin Picard is a leader and a motivator who draws on the strengths of his teams to successfully carry out his assignments,” says France Lauzière, President and CEO of TVA Group. “In September 2020, he began applying his strategic vision to make sure TVA Nouvelles and LCN maintain their status as the trusted news sources across Quebec. The confirmation of his appointment and the addition of TVA Sports to his responsibilities were well deserved.”

“It is with great enthusiasm that I take up this new challenge,” says Martin Picard. “I know I will have the support of an outstanding management team. TVA will continue to entertain and inform all Quebecers with home-grown entertainment and strong local news coverage. Our viewers will see themselves on all our broadcasting platforms.”